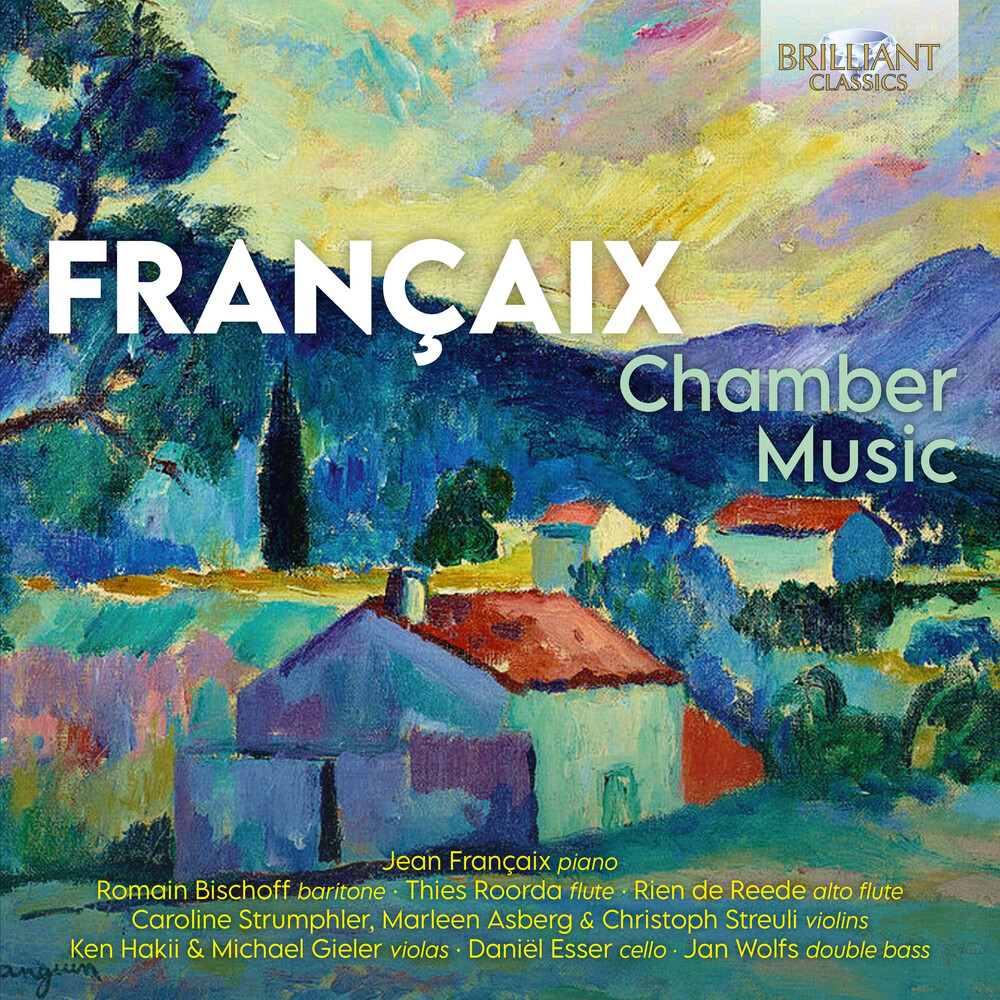 In his 80s, Jean FranĂ§aix (1912-1997) supervised this 1996 Dutch album of four pieces for varied forces, writing the engaging booklet notes and performing with undimmed skill in the Divertimento which he wrote back in 1953 for the flautist Jean-Pierre Rampal. As he notes, the title is somewhat ironic for those who play it: 'if it is "diverting" to listen to, it is not at all so to play it and requires great virtuosity.' Le Colloque des deux Perruches (The Dialogue of Two Parakeets) is a modern classic of the repertoire for two flutes: a six-movement dialogue opening with a fluttering, swooping Allegrissimo, followed by a melancholy little Larghetto. Smiles and laughter are never far away in FranĂ§aix's music and the mood brightens with a darting Scherzando. The fifth movement is another plaintive Larghetto, with the parakeets in earnest conversation. As a 22-year-old composer of already remarkable fluency, FranĂ§aix composed the String Trio for the Trio Pasquier, who went on to play it in over a thousand concerts: an inimitably bustling, weightless piece in four movements enclosing a wistful Andante and rounding off with one of those FranĂ§aix tunes that turns round in the listener's head for days afterwards. The ten-minute Cantate de MĂ©phisto sets a text by Paul ValĂ©ry: according to the composer, 'This 'MĂ©phisto' is terribly authentic, cunning, subversive and perverse.' The devil wheedles and beguiles in a lyric parlando, accompanied by a string ensemble, spiced by the irony and satire of his operas and comedies such as Le diable boiteux, his first work for the stage. ValĂ©ry's text is printed in the booklet. FranĂ§aix's music features in countless compilations: here is an authoritatively performed opportunity to immerse yourself in his world for 'une heure exquise'.
back to top