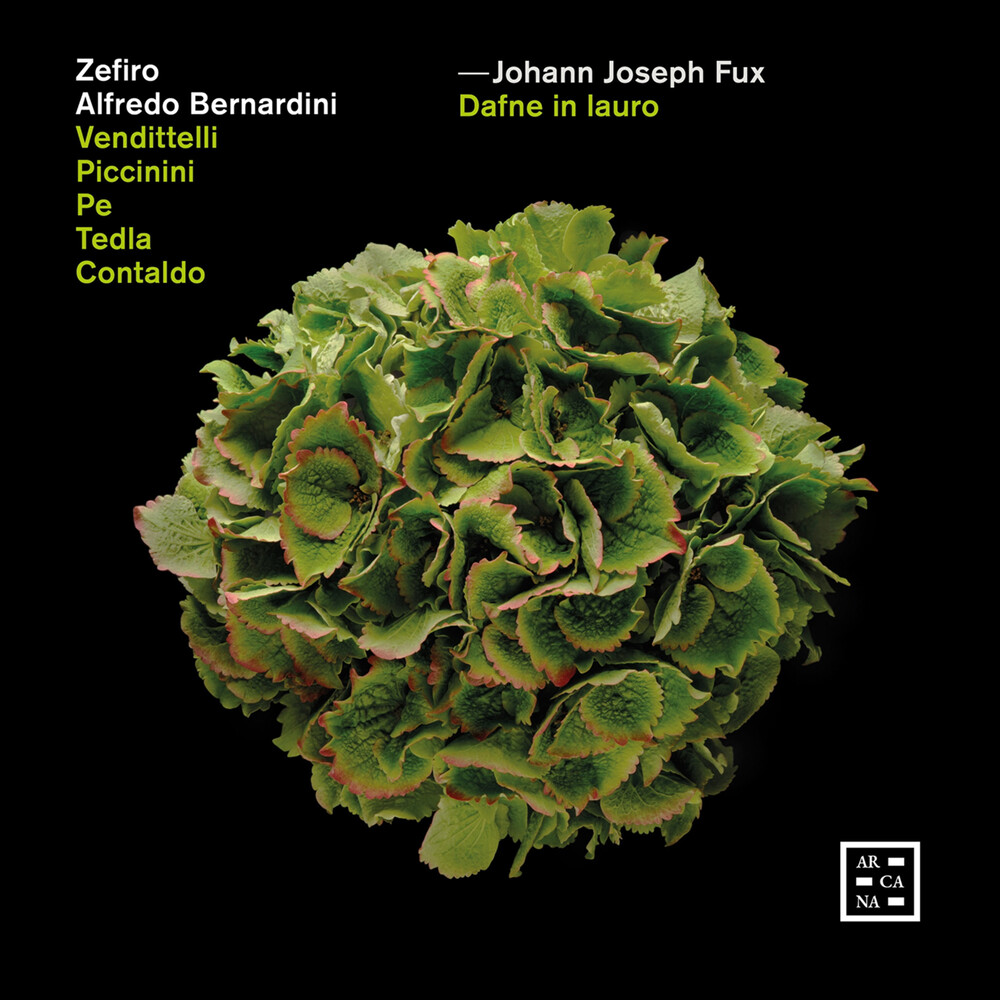 In 2018, the Styriarte Festival in Graz launched, in collaboration with Zefiro, a project to rediscover the operatic output of the Styrian composer Johann Joseph Fux (1660-1741), Kapellmeister at the imperial court in Vienna for forty years, with the aim of restaging six of his nineteen operas, one per year. With a cast of Baroque vocal specialists, led by Monica Piccinini and Arianna Venditelli, this set of Dafne in lauro marks the beginning of a new series in which Arcana will release the recordings made in the course of the six-year cycle. First performed on 1 October 1714 to celebrate the birthday of the Emperor Charles VI, Dafne in lauro is distinguished by the numerous references to hunting in the overture and in Diana's arias, and by the numerous dance movements typical of the French style, such as minuets, gigues and bourrĂ©es. The highlight is Daphne's poignant aria accompanied by the viola da gamba, which, along with the chalumeau and the transverse flute, enriches the range of tone colors in the score.
back to top