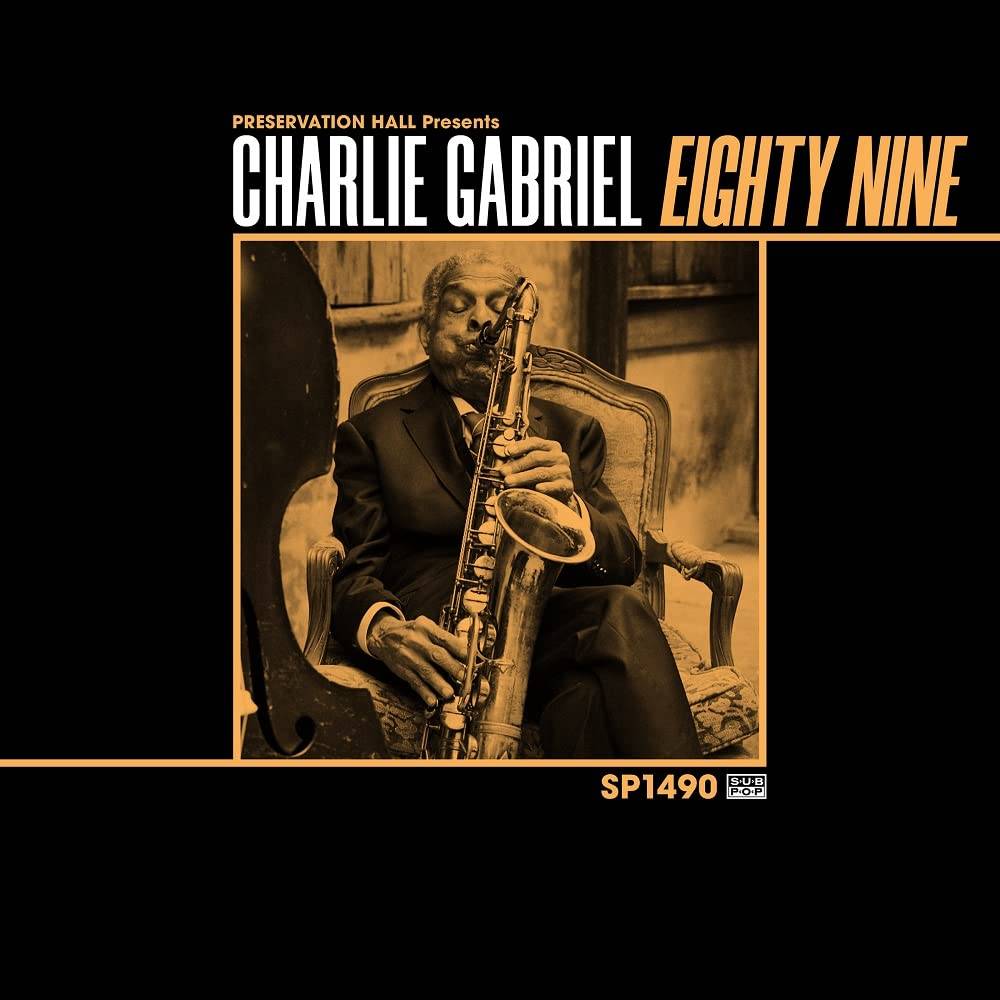 I've been playing since I was 11 years old," says Charlie Gabriel, the most senior member of the legendary Preservation Hall Band, "I never did anything in my life but play music. I've been blessed with that gift that God gave me, and I've tried to nurse it the best way I knew how." While he's faced plenty of challenges nursing that gift for more than 78 years, none likely rank with last winter's passing of his brother and last living sibling, Leonard, lost to COVID-19. For the first time ever, Gabriel put down his horn, filling his days and weeks instead with dark reflection, a stubborn despondency broken now and then by regular chess matches in the studio kitchen of Hall leader Ben Jaffe, working overtime to bring his friend some light. One such afternoon also included Joshua Starkman, sitting off in a corner playing his guitar and half-watching the chess from a distance. When Charlie returned the next day, he brought his saxophone. "I was just inspired to try it, to play again. It had been a long time, and a guitar makes me feel free. I do love the sound of a piano, but it takes up a lot of a space, keeps me kind of boxed in." That day was to be the first session for Eighty Nine, almost entirely the work of Gabriel, Jaffe and Starkman, recorded mostly right there, in the kitchen, by Matt Aguiluz. Charlie Gabriel's first professional gig dates to 1943, sitting in for his father in New Orleans' Eureka Brass Band. As a teenager living in Detroit, Charlie played with Lionel Hampton, whose band then included a young Charles Mingus, later spending nine years with a group led by Cab Calloway drummer J.C. Heard. While he's also fronted a bebop quintet, played and/or toured with Ella Fitzgerald, Tony Bennet, Aretha Franklin and many more, this is the first time his name appears on the front of a record, as a bandleader. Since 2006, Gabriel has been a member of the Preservation Hall Jazz Band, featuring prominently on That's It, So It Is, and Tuba to Cuba. Eighty Nine was different, and not simply due to a smaller ensemble. "We had no particular plan, or any particular insight on what we were gonna do. But we were enjoying what we were doing, jamming, having a musical conversation," Charlie says, further musing, "Musical conversations cancel out complications." Eighty Nine includes six standards and three newer pieces on which Gabriel is a writer: "Yellow Moon," "The Darker It Gets" and "I Get Jealous." The record also marks Charlie's return to his first instrument, clarinet, on many of the tracks. "The clarinet is the mother of the saxophone," he says. "I started playing clarinet early in life, and this [taught me] the saxophone." Finally, Eighty Nine includes three tracks of Charlie singing. "I always sung, but it wasn't my forte to become a singer," he says. "The truth is, people often develop a real relationship with a song once they hear the words. Sometimes I enjoy singing them.
This website uses cookies to personalize content and analyse traffic in order to offer you a better experience.
I accept Learn More
back to top